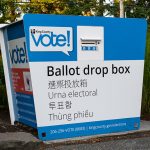 Evolution of Voting Rights in Washington State by Leonard Garfield When Isaac Stevens became Washington Territory’s first governor in 1853—one of the earliest signs of American government in our region—no one who lived here cast a vote for him. No one could, of course, because territorial residents did not have the suffrage, and Stevens was directly appointed by his friend President Franklin Pierce. Fast forward 170 years, and today Washington State is considered one of the most progressive in the nation when it comes to protecting and expanding voting rights, with recent laws extending the suffrage to formerly incarcerated persons 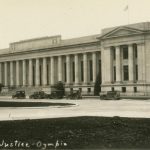 History of the Temple of Justice

History of the Temple of Justice by David Peterson & Celeste Stokes In 1911 Walter R. Wilder and Harry K. White, architects from New York, submitted the winning design for a group of buildings to comprise the state Capitol Campus, with the construction of the first building, the Temple of Justice. In the Spring of 1912, Chief Justice R. O. Dunbar presided over the official ground breaking ceremony. Though still under construction, by December 1912 plans were approved to hold the 1913 Inaugural Ball of Ernest Lister, governor-elect, at the Temple. This was to be the largest and most elaborate 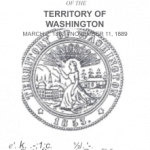 The Courts of the Washington Territory: 1853- 1889 by Gerry L. Alexander, Chief Justice of the Washington State Supreme Court (retired) Prior to 1846, our nation’s claim to the geographical area that later became the Washington Territory was very much in dispute. Before 2003 fades into the past, Washingtonians should take a moment to note that it has been 150 years since the territory of Washington was created by act of Congress. To accord official recognition to this significant anniversary, a Territorial Sesquicentennial Commission was formed under co-chairs Secretary of State Sam Reed and First Lady Mona Lee Locke. I have had the honor to serve as the judiciary’s representative to that commission. My membership on the commission has led me to reflect on the 36-year period that Washington was a federal territory, and to focus on the court system that was extant then. 1 In doing so, I have concluded 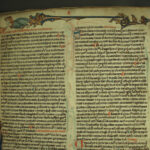 Second Editions of the Common Law: Bracton, Coke and Blackstone The Washington State Law Library has a large collection of British legal treatises, statutes, and case reporters published between the 1500s and the 1970s. Although we no longer actively collect English law due to cost, the collection is a treasure trove for those studying English legal history or looking to cite the English common law in an appellate brief or opinion. The Library owns the second edition of three critical common law texts. While not particularly valuable as rare books, both because they are second editions and because they were 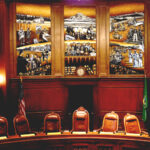 What has the WCHS been up to?

News from the Washington Courts Historical Society The Washington Courts Historical Society (WCHS) was founded by Justice Gerry Alexander and Justice Philip Talmadge, to promote a greater public understanding of the significance of the courts in Washington State history. We have been actively working on several projects over the past couple of years as part of meeting our mission to preserve and advance the understanding of Washington court history. One of these projects is to commission the mural to complete the Temple of Justice. When the Temple of Justice was designed starting in 1911, the architects envisioned the Supreme Court 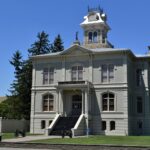 Columbia County Courthouse – Dayton, Washington The Columbia County Courthouse in Dayton is Washington’s oldest. Completed in 1886 and put into use in 1887, the building is only a few years younger than the county, which was carved from Walla Walla County in 1885, and a few years older than the state, which was admitted to the Union in 1889. The Courthouse represents an earlier period of political activity when county government played a critical role for early settlers. In a period of rapid growth and limited opportunity for contact with the state capitol, it was to county government that